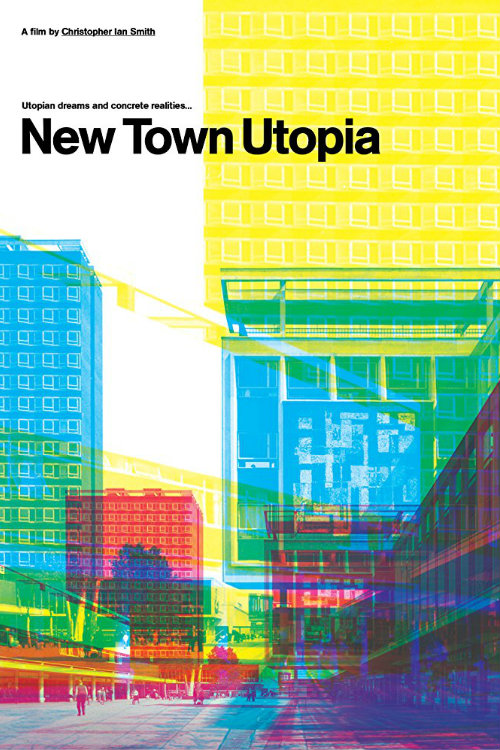 So said Lewis Silkin MP, voiced here by Jim Broadbent in this, Christopher Ian Smith's heartfelt and absorbing documentary film which is, in turn, both a paean to and an indictment of Basildon, Essex. 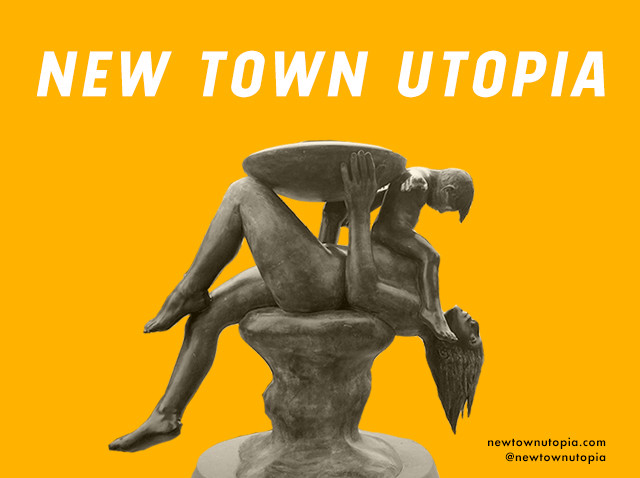 Having had experience of life in a new town (specifically Stevenage) I can totally relate to this film's love/hate relationship with its subject matter. New towns fascinate me (I produced a Letterboxd list featuring films set in them) possessing as they do a uniquely British sense of optimism and decline. The new towns act of 1946 was just one of the many progressive steps Clem Attlee's socialist postwar government took once they came to power. Their bold ambition for a better, more egalitarian Great Britain was to ensure that, unlike the governments following the Great War of 1914-18, the promise of 'homes fit for heroes' really were made good on. Inner city slums, with their poor hygiene, social failings and irreparable blitz damage, were to be cleared as per the recommendations of the 1944 Abercrombie Plan for London, which proposed the rehousing of up to 500,000 to eight new towns built upon greenfield sites within 50 miles of the capital. It was a Utopian vision for the future that promised modern, single family social (aka council) housing, easy and abundant access to places of education, arts and culture for all, as well as similar 'on your doorstep' access the countryside, reliable local amenities, good transport links and full employment (at least for the men of the family) with industrial and clerical opportunities encouraged to develop around these 'satellite towns'. In postwar Britain, new towns were a glimpse of the promising future; preserving the very best aspects of community the slums of London's East End had possessed with the forward thinking aims of tomorrow.

Utopia is of course a vision, and not everyone's vision is the same. Futurism is not to everyone's taste and beauty (and art) is in the eye of the beholder. The experimental design Silkin encouraged from his architects and town planners did not, indeed could not, hope to appeal to all, and mistakes were made in this enthusiastic desire to build the world of tomorrow. But this wasn't the biggest problems faced by the new towns; as new turned to old, the real problem became all too clear. 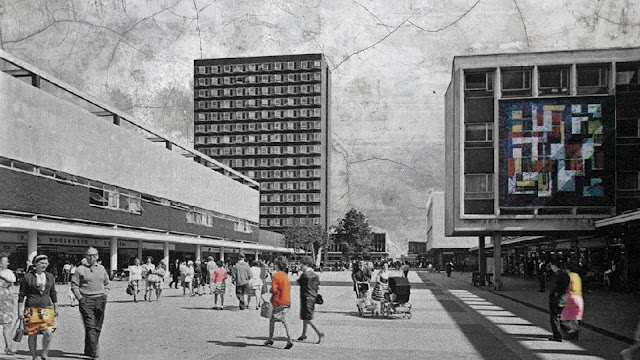 Governments change. Not every politician shares the same appetite for collective progression that Silkin and those others in Attlee's cabinet enjoyed and believed important for our society. The shifting sands of power highlighted the subsidence that a new town is metaphorically built upon. Declining standards in buildings and the environment began to rise as councils became less convinced by their duty to repair or preserve and, when Margaret Thatcher (a Tory PM who didn't believe there was such a thing as society, let alone the progressive, socialist Utopian one that the postwar Labour government strove to build and work for) began to place the cost of everything at the very heart of her policies this neglect became more and more apparent. The art and culture that Silkin placed at the heart of these new towns for the betterment of their residents and the generations to come, were considered 'non essential'. One by one, theatres, parks, art centres and leisure centres were closed down for not being 'cost effective' as councils could no longer commit to providing such services for little or no fee. If similar services existed elsewhere for a price, and if residents could afford them, they should use them instead. Capitalism was the key to Thatcher's government (and continues to have been for successive governments of both Tory and Labour) and selfishness was openly encouraged. Her right-to-buy scheme was the death knell for Silkin's vision, as residents were persuaded to purchase their own homes. As one former Basildon councillor says in the film, the problem with selling off social housing is that eventually there will no longer be social housing and that is exactly the problem we have in the UK now. Not enough houses and no communities. Industries and business have gone to the wall and retailers begin a mass exodus, leaving charity shops, pawnbrokers and bookmakers behind. A new town like Basildon becomes a ghost town, yesterday's dream. But what happened to Basildon and all the other new towns is happening right across the UK (its happening to my town and that's recently celebrated its 150th year) and will continue to do so for as long as government places capitalism and neoliberalism at the heart of its policies. 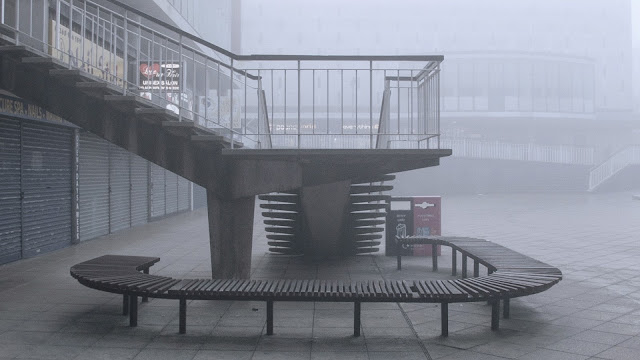 New Town Utopia isn't just about Basildon. It's not even just about new towns. It's about the country as a whole and how the promised future was squandered, leaving us with the problems of the present.
Posted by Mark at Friday, August 10, 2018