Shakedown: Return of the Sontarans (1994) 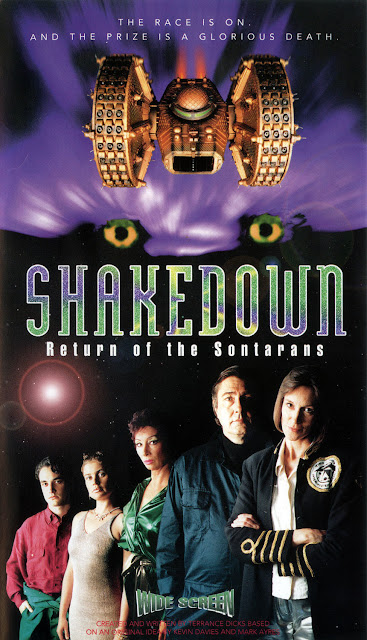 "She is female, you are male. Are you sexually pair-bonded?"

It always amuse me when you see the reaction of new Doctor Who fans to the news that there will be no new season for a year. I genuinely don't know how they would have coped as Who fans in the '90s, when all you had that was vaguely approaching 'new Who' was the sight of a former Blake's 7 actress running around HMS Belfast in silver vinyl kecks. 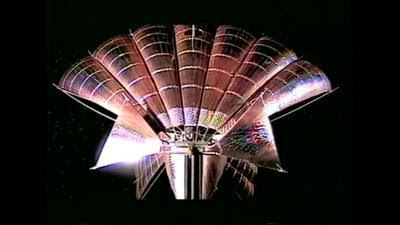 Shakedown: Return of the Sontarans was an attempt to plug the void left by the BBC's decision to axe Doctor Who in 1989. Made on a shoestring budget by the fans (director Kevin Davies and Doctor Who composer Mark Ayres came up with the initial idea before handing scriptwriting duties to former Doctor Who script editor and writer Terrance Dicks) and for the fans, the film was a direct-to-video release that hit the limited mail-order and sci-fi store market in 1995. 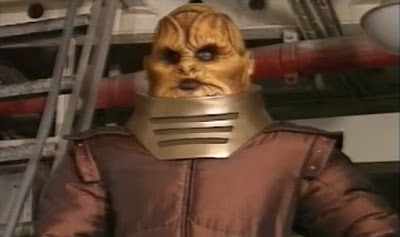 The story features two legendary Doctor Who monsters created by the writer Robert Holmes, the Sontarans and the Rutans, attacking and invading the Tiger Moth, a state-of-the-art galactic racing yacht. The crew of the Tiger Moth is made up of two actresses renowned for playing former companions of the Doctor, Carole Ann Ford (Susan) and Sophie Aldred (Ace) alongside two former stars of Blake's 7 Jan Chappell and Brian Croucher. Michael Wisher, famous for playing the original Davros in the Doctor Who story Genesis of the Daleks, also appears here. 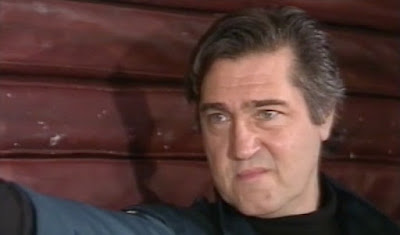 The unlicensed nature of the production meant that the design of the Sontarans had to be amended to avoid legal wrangles with the BBC, and all mentions of the Doctor was verboten; which is why Croucher's character briefly recalls meeting an old boy who called himself ''the Physician, or the Dentist or something...'' on Metebelis 3 (a terribly clunky reference; why not just say 'I think he was some kind of medic, least that's what he was calling himself'). Though, whilst Shakedown shares such obvious similarities with Who, it's worth pointing out that what it would really like to be is Alien, with Jan Chappell's tough skipper a Ripley clone as her crew are picked off one by one in space where no one can hear you scream... 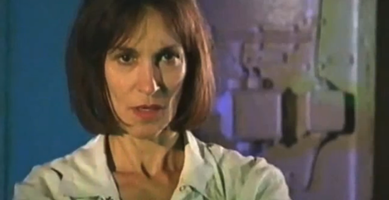 It is ropey old nonsense made on the kind of budget I imagine would barely cover Steven Moffat's brunch order today, but you've got to admire the dedication these former sci-fi alumni had in wanting to continue to entertain a hungry audience. My favourite criticism of it is one of the comments left on the YouTube upload that says "gosh this feels/looks like a porno", and don't even get me started on the embarrassing Marcel Marceau antics the cast have to do at one point to convince us they're piloting the space yacht in VR. But the many naff moments and faults aside, there is a certain nostalgia to be had watching this now. It offers us a chance to look back at the '90s when we fans genuinely didn't know if/when Doctor Who was ever going to come back and this kind of offering (along with the New Adventure novels and the comic strips in DWM) kept us going. And it's kind of fun to see Carole Ann Ford act like the sister to Joan and Jackie Collins that no one refers to, and Sophie Aldred looking like a cross between Lara Croft and the sixth Spice Girl. 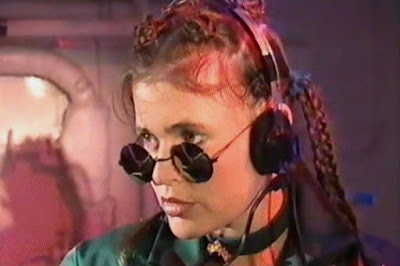