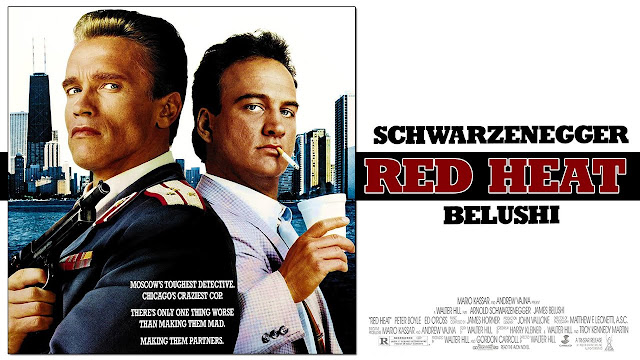 "You think parakeet is feminine?"

So asks Arnie at one point in Red Heat. And I have to reply no, I don't actually Arnie. But I do think that opening scene to Red Heat is one of the most homoerotic ever committed to celluloid. Even watching it as a kid, I hoped my parents didn't walk in at that precise moment, for fear they'd get the wrong impression regarding my burgeoning sexuality. It's a scene that made me feel really awkward; I do not want to see Arnie's bare ass in a fight scene. And even though the scene features some naked girls on display too, it's worth pointing out that the one who positions her rather fine, large and shapely bottom under the bathing fountain has (to quote Him and Her) 'dykey hair' 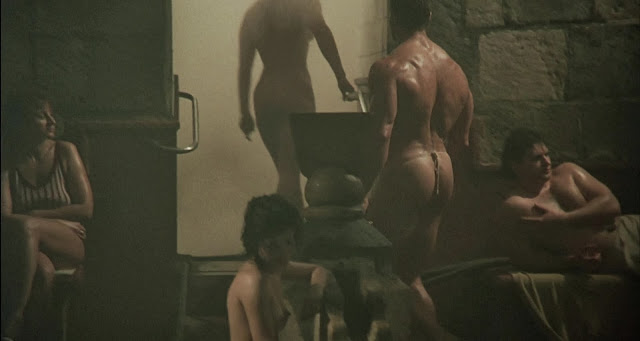 In recent years Red Heat has become something of a perennial in the post pub closing time ITV schedules on a Friday night. Though I'm 99.9% sure they still edit some of the violence out in these screenings, which is weird considering we're talking gone 11pm at night. 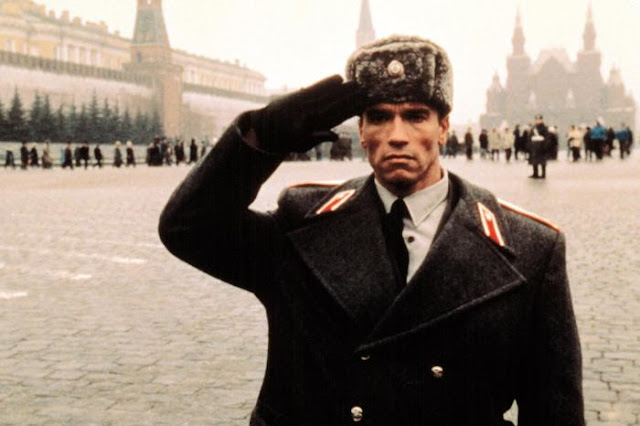 On the whole, you have to give credit to director Walter Hill for delivering a film which features an unashamedly Soviet hero when The Cold War was still, at best, lukewarm. Not for Arnie's Ivan Danko the scales falling from his eyes and the decision that America is the saviour of the world. He doesn't defect, it doesn't cross his mind for one second. Pretty impressive really. It's also fair to say that Red Heat gives Arnie one of his more credible action hero roles too; appearing in an urban America setting that actually allows him to play up to the fact that he sticks out like a sore thumb. 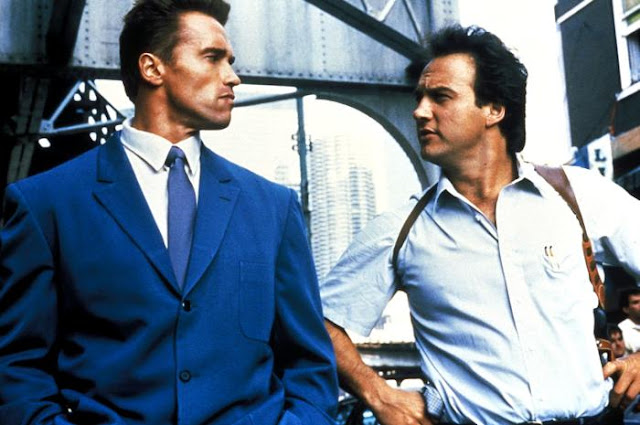 Unfortunately, not all of the fish out of water stuff works and that's partly down to the fact that the buddy buddy relationship between him and Jim Belushi doesn't really fly. Indeed, Belushi had more chemistry and a more authentic buddy buddy cop partnership with the dog in K9! It's not really Belushi's fault, the character's underwritten and doesn't seem to serve the comedic purpose you'd originally imagine, after all it's Arnie who gets the best gags; "I do not want to touch his ass, I want to make him talk" and "I am not shitting on you" springs to mind. There's nothing here to suggest Belushi is, as the tagline had it, 'Chicago's craziest cop', which is a shame. 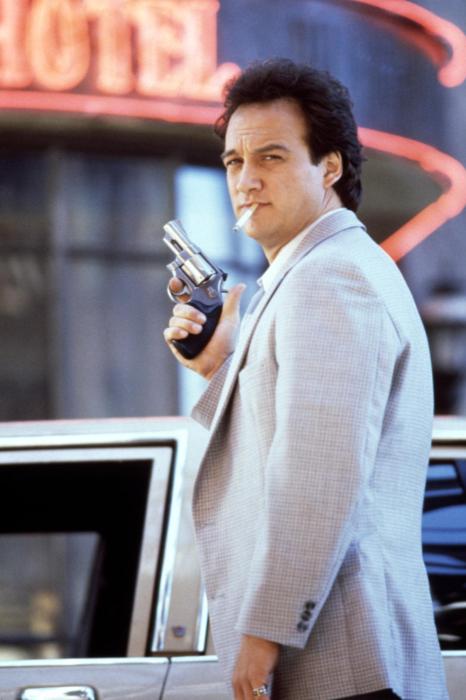 I'd really like to see what contribution Troy Kennedy Martin made to the final screenplay. Given how Hollywood mistreated many British screenwriting greats in the '80s, I imagine a lot of the man behind Z Cars, Edge of Darkness, The Italian Job and Kelly's Heroes ideas didn't make it to the screen, but I'm prepared to be surprised. 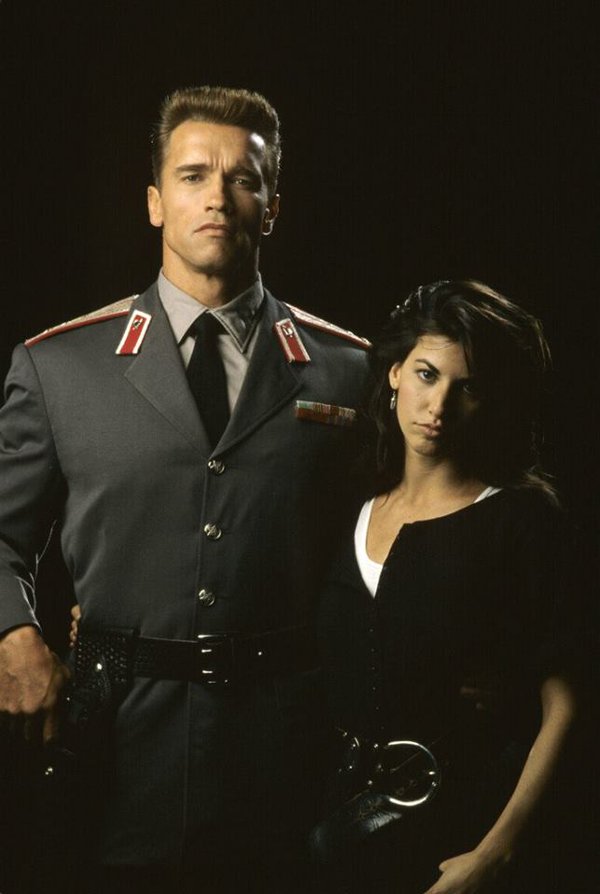 Lastly, Gina Gershon is really pretty here, but has very little to do in accordance with the time; '80s buddy cop action movies just offered nothing for actresses really. Also, it's hard not to think of her as Larry David's hasidic Jewish dry cleaner these days!
Posted by Mark at Thursday, September 29, 2016