Friday night is proving a good night for comedy right now. As well as Nick Hornby's adaptation of Love, Nina at 9:30 on BBC1, immediately after it on BBC2 at 10pm is Mum, the new sitcom by Him and Her creator Stefan Golaszewski. 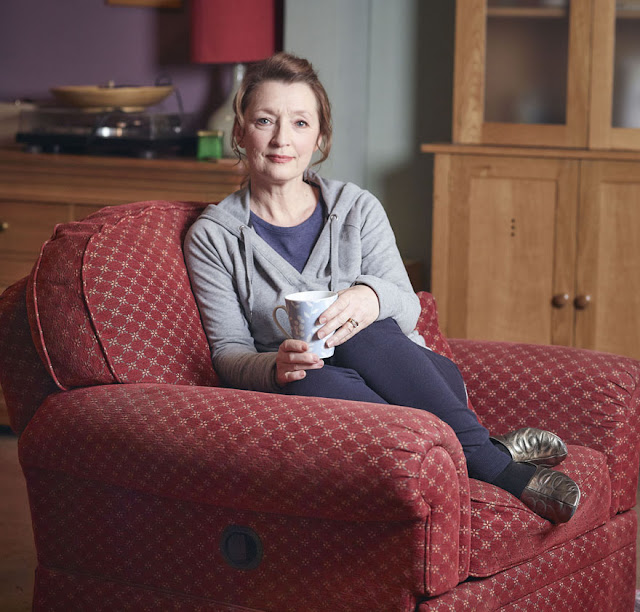 Mum is a comedy about Cathy, a 59 year old mother who is experiencing a milestone year in her life, a year of new beginnings following the death of her husband. Lesley Manville stars as Cathy, joined by a fine ensemble including Peter Mullan as her long-standing, good natured friend Michael (who is clearly harbouring feelings for her but is too shy to say) Sam Swainsbury as her twenty-something son Jason, the hilarious Lisa McGrillis as his girlfriend, the dotty Kelly, and Ross Boatman and Dorothy Atkinson as the in-laws.

Golaszewski's obvious love for Mike Leigh style humour shines through Mum, not least in the casting of Leigh performers Manville and Atkinson. The dialogue is emphatically conversational and the quirky humour is borne out of that rather than events.

The theme tune is the traditional a capella Cups, first performed by the famed American folk music outfit The Carter Family in 1931 as When I'm Gone. Revived in 2009 by Lulu and the Lampshades for a viral internet video, a cup was used to provide percussion, thus lending it its alternate name