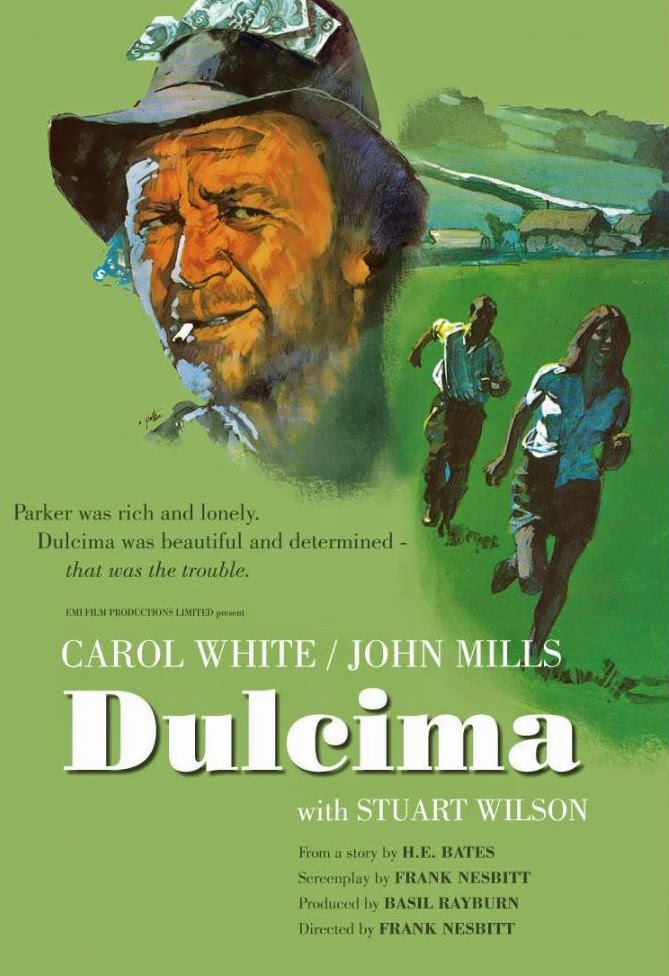 God bless Network for allowing so many long neglected cinematic gems a chance to be rediscovered.

Dulcima from 1971 is just one of those gems. A Golden Bear winner at the Berlin Film Festival, this was based on a story by the bucolic author HE Bates (he of The Darling Buds of May fame) from his novella The Nature of Love. It concerns the titular Dulcima played by Carol White (Cathy Come Home, Poor Cow and Up The Junction) a hapless drudge of a young girl who dreams of a metropolitan life of inexhaustible money for fancy clothes to catch the eye of handsome gents - a life that seems as far away as the moon to her in rural Gloucestershire. Into her life comes an aging, coarse and lonely neighbouring farmer, a widower called Mr Parker played with superb comic timing and rare depth by John Mills. When Dulcima realises how much cash he has squirreled away, he proves to be her unlikely saviour and she inveigles her way into his home, first as a housekeep and then as a live in lover. But Dulcima's feminine wiles cannot foresee or stall the consequences when her attention wanders to the handsome and gentle new gamekeeper from the next farm played by a young Stuart Wilson. 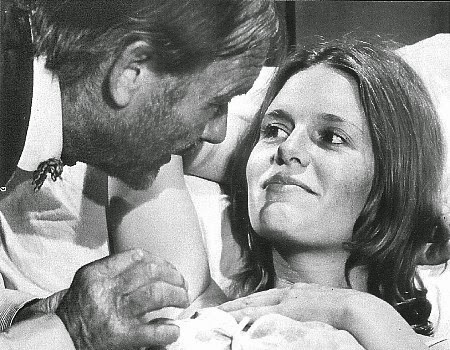 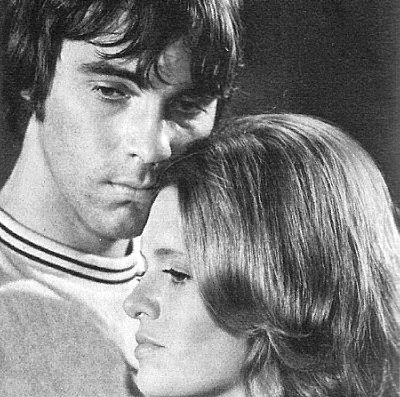 H E Bates' story is an earthy one, in turn amusing and poignant whilst all the while being sensitive to the realities of rural life. This is further enhanced by some lovely cinematography and the assured direction of Frank Nesbitt from his own adapted screenplay which captures early seventies country life in a manner that is beautiful but remains realistic and a far cry from the touristy chocolate box glamour some directors would attach to such fare. It's fitting as the film takes a somewhat fatalistic Hardy-like turn bringing our previous laughter suddenly up short. 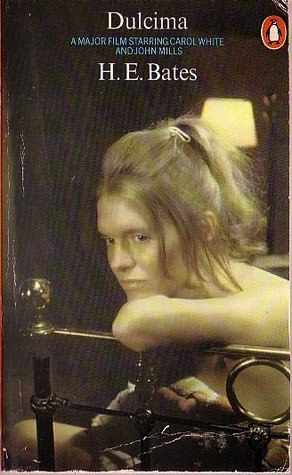 I always feel rather sad watching Carol White films knowing just how unfulfilled her potential became and how tragically short her life was. I firmly believe she was a unique star of the 60s - thanks in no small part to her work with Ken Loach - escaping the dollybird trappings most blonde beautiful actresses fell into to depict the more unglamourous, downtrodden 'flower in the dustbin' type roles that she truly excelled at. With Dulcima, she gets to show a natural progression; starting out as a drudge and, spying her chance, achieving the beautiful soft focus life she dreamt of when enviously scouring the fashion photography within her glossy magazines. In the book Loach on Loach by Graham Fuller, Ken Loach discusses his star in terms of being 'the anti-Julie Christie', though it is clear that she could straddle both camps and was given the chance to here. He also discusses her natural vulnerability as her greatest asset, but Nesbitt here shows not just that, but also her surprising flair for hidden low cunning. Her character's manipulation of Parker's lust and loneliness mirrors in many ways the same kind of themes that Roger Michell and Hanif Kureishi would later explore in the 2006 film Venus with Peter O'Toole and Jodie Whittaker. 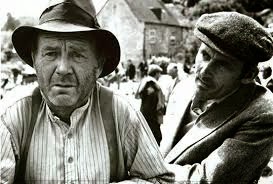 And of course it goes without saying that John Mills is excellent as Parker, bringing real light and shade to a role that could so easily have become comedically one note. He makes us laugh in the right places, but equally, he makes us see that the old letch is still a human being and ultimately we feel and empathise with him just as much, if not indeed more, than with Dulcima herself. 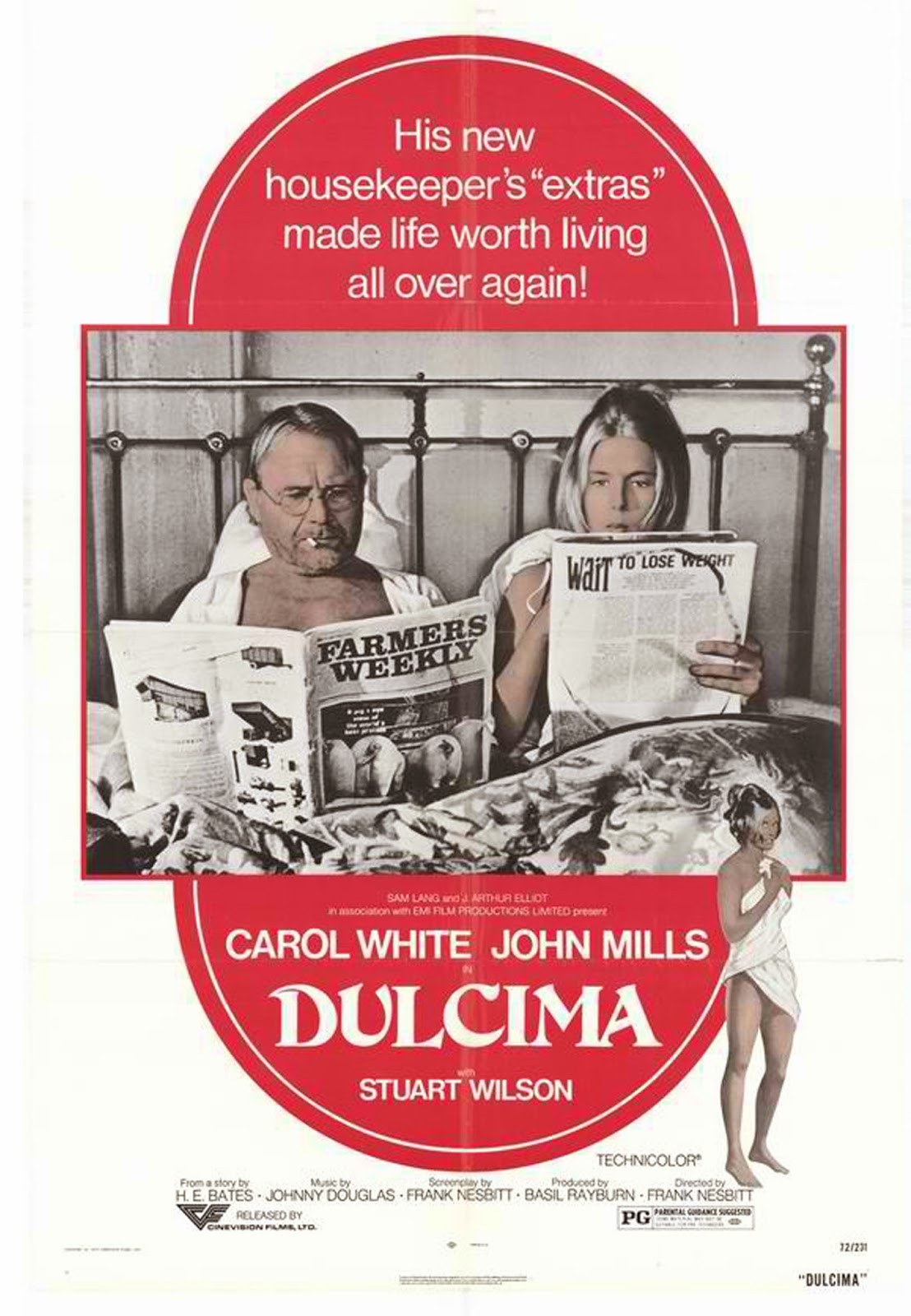 A beautiful, surprising film that I totally recommend.