Being away and without the net I was unable to mark the passing of actor/director/producer and screen writer Bryan Forbes this week at the age of 86. 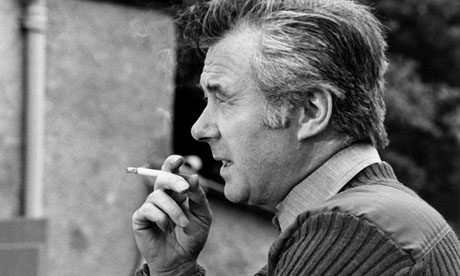 I can't lie and say Forbes was an absolute favourite director of mine as I had some niggles regarding his work - I found his nepotism at casting his wife Nanette Newman in virtually everything he helmed a bit annoying, and had heard he had, as an actor himself, a particularly irritating habit of acting out each scene before the shoot expecting the actor to play it as he had just done - but he was nonetheless a talent and as a director responsible for some absolute corkers, such as Seance On A Wet Afternoon and Whistle Down The Wind, amidst the near miss star studded The Wrong Box and some clunkers like Deadfall and International Velvet. Perhaps most famously of all he is known for the original, and the best, adaptation of Ira Levin's The Stepford Wives.

As an actor he found fame in such greats like The Colditz Story, The League Of Gentlemen and Quatermass II, and as a writer worked with his old friend Richard Attenborough on Chaplin, his last involvement with cinema.

Quite a roll call really, and that's good enough for me.