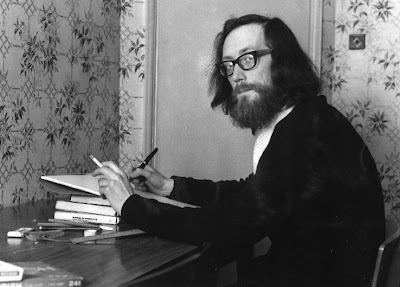 Jack Edward Oliver, aka JE Oliver aka JEO was a comic strip artist popular in the 1970s. His life and work is inextricably linked with that of our favourite Hammer Glamour dollybird and Bond girl, Madeline Smith. 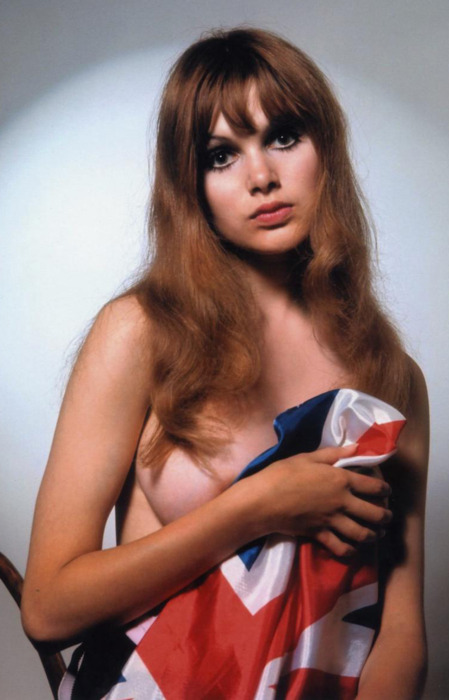 Because he liked to draw her. She appeared in several of his comic strips. An example of which is here... 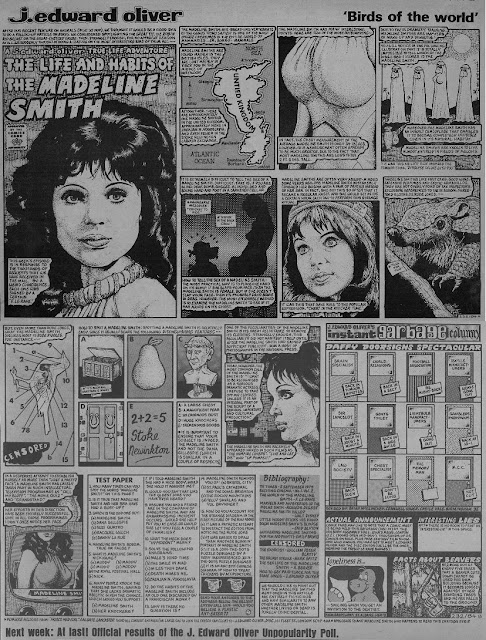 Unfortunately, the enjoyment was one sided. Maddie complained about her prolific appearances in the strip and indeed even threatened to sue.

From the JE Oliver tribute website we glean this fascinating information from the man himself;

"We sent her the original artwork of 'The Life and Times of Madeline Smith' in an attempt to prevent her considering suing us. That's when she phoned me: it turns out that she was aware of all my references to her, thanks to her cutting agency.

She said that she was really unhappy with her figure. Sometimes, she revealed, she stood in front of a mirror and howled. This came as a surprise to me, since it always seemed that her entire career was founded on her chest!

I promised not to go on about her again, but asked if she would mind me referring in the strip to her phone call, to which she agreed. I kept my vow to avoid new material about Ms Smith"

So alas, it seems it is the same old story. Maddie, despite making a career based on her physical attributes and her stunning looks, had also grown to hate the attention they would give her. A double edged sword. I think it's a shame because if what is said is true her assets caused her genuine upset rather than pride or aesthetic delight in her physique. And let's face it, some women would kill for Maddie's figure! 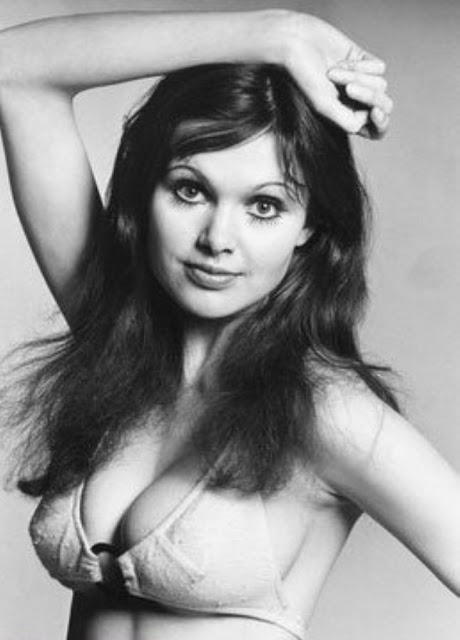