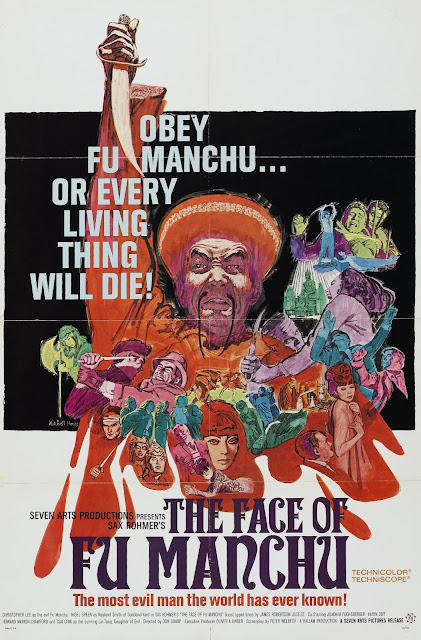 What a poster! I used to love the Fu Manchu films as a kid, long before I was mature enough to realise they were hideous cheap quickies from Harry Alan Towers. For a child they were spooky, scary and otherworldy sinister.The kind of films that gave you cold sweats.

I'm currently reading Kim Newman's excellent Anno Dracula, the first in a series of four books set in an alternate world in which Dracula gained supremacy over Van Helsing et al. This first one is set in the Victorian era (the last ends in the 70s) and I've just read a chapter in which Fu Manchu appears alongside Moriarty, Col. Moran, Raffles and Bill Sikes!