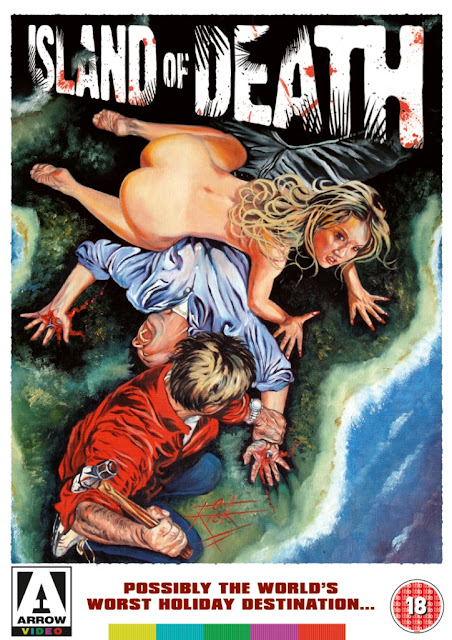 I believe the term in modern parlance is 'batshit crazy'

Island Of Death is pure exploitation. A legendary widely banned video nasty from 1975 concerning a British couple on holiday in Mykonos who, rather than doing the usual thing of getting sunburnt, playing cards and watching reruns of Only Fools in The Red Lion, instead go on a killing spree. 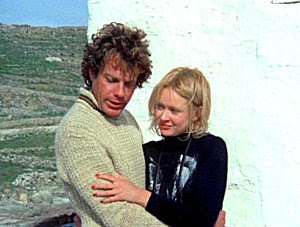 It's a typically muddled exploitative affair designed to shock with its litany of imaginative slaughter, homophobia, racism, goat shagging, sexual deviancy, rape, 'watersports' (seriously, one of the maddest scenes ever committed to film) etc etc etc, but all in all it's akin to a spoilt child doing one extreme after another to gain attention. It doesn't take long for it to be completely laughable...or tiresome. 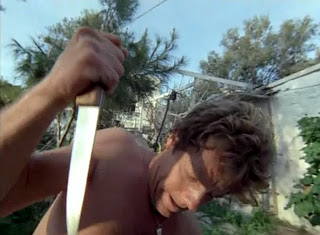 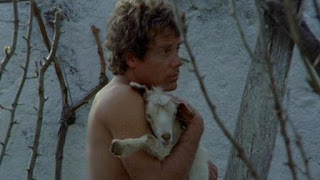 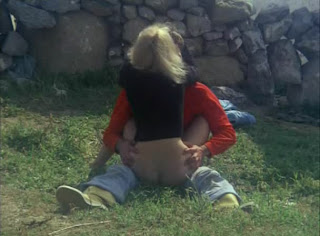 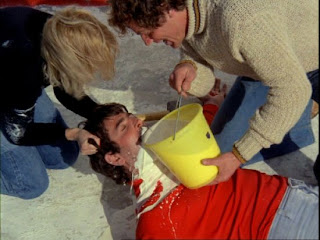 The lead roles are played by Bob Belling who isn't even attempting to disguise his American accent and Jane Ryall (now Jane Lyle, an astrologist and author) who seems like a cut price Linda Hayden and, perhaps unsurprisingly, when not removing her clothes at every opportunity looks utterly bemused. Potential Oscar winners they were not. 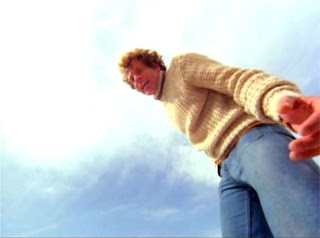 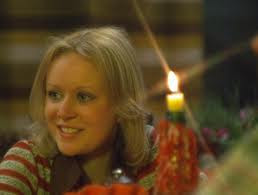 I've watched some truly bizarre offerings in my time and I think this package holiday sexploitation horror is right up there at the top. Nevertheless, one can't deny this has, inevitably, become something of a cult and more, I imagine it may gain more notice with Ben Wheatley's  Sightseers now on release; a similarly though far classier skewed depiction of oddball holidaymakers on a murdering rampage. 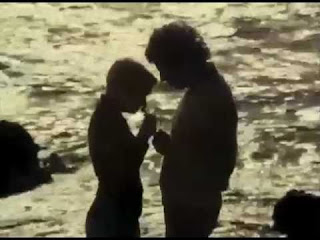